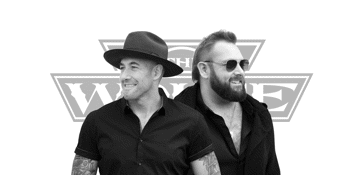 Plus Special Guest Josh Setterfield
Hamilton Hotel (Hamilton, QLD)
Friday, 10 December 2021 8:00 pm
8 days away
18 Plus
Australian Artists
Country
Music
Send this event to
The Wolfe Brothers Startin' Something National Tour 2021
Australia’s favourite country rockers The Wolfe Brothers are heading back out on the road in 2021 on their Startin’ Something Tour. After signing a new world wide record deal with BMG Music in 2020 the band released 2 singles in the second half of the year. No Brakes and Anybody Ever went straight to the top of the national radio charts with No Brakes being named #1 Song Of The Year on the KIX Network and the 88.9FM end of year Charts.

With a swag of new songs recorded during the Pandemic Lockdown of 2020 we can look forward to a new Wolfe Brothers album being released in the first half of this year.

The Wolfe Brothers have built an ever-growing fan base from the quality and energy of their live shows and after a year of being locked up and unable to travel they are ready to get the party rolling again all over Australia with a new show and a bunch of new songs that will take the band up another notch.

Book your tickets and join the ever expanding Wolfe Pack for a great night of Aussie Country rock at its best.

**Please note Level 1 - 442 Kingsford Smith Drive - No lift or wheel chair access to top floor in venue. No disabled facilities on this level**