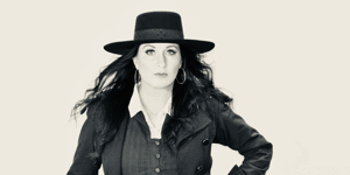 Jayne Denham  is one of Australia’s most admired and sought-after country performers. Her impressive and relentlessly energetic live shows have earned her countless opportunities performing for VIP crowds at Keith Urban’s Sydney shows in conjunction with appearing as a featured main stage artist at all of the major Australian country music festivals including CMC Rocks, Deni Ute Muster, Gympie Music Muster, and the Tamworth Country Music Festival, Mornington Country Music Festival and the upcoming NQ’s Rockin’ Country in Mackay Qld.
With her ability to tell a story that captures the imagination through her songs, Denham has scored four #1 radio hits in Australia,  Six  Top 10 video’s on The Country Music channel a number  #1 for Hung Up on You, her duet with Troy Kemp which garnered a million streams within 6 months of release and six Country Music Channel (CMC) and three Golden Guitar Award finalist nominations. The single Porch Party featuring two of her good friends & fellow Australian Country Music stars, Amber Lawrence and Jasmine Rae, racked-up over 100,00 streams in its first six-weeks of release and got to #3 on the influential The Music Network Country Top 50 airplay chart.
Jayne is also known for her truckin’ songs & is an Ambassador for Women In Trucking in the USA, she  has been invited to perform at some of the biggest Truck shows in the world throughout America over the past 3 years. The single Black Coffee & White Lines was released at the Great American Trucking Show in Dallas, TX August 2019 & the video was filmed in Alaska, featuring three members of the hugely successful and iconic Ice Road Truckers show. It reached over 100,000 views within the first few months.
Jayne’s recorded her new album ‘WANTED’ during the Covid lockdown and has, to date, released two singles from the record. The latest single Better Settle Up is racing up the radio charts across Australia and is currently Top 20 on The Music Network Magazine Top 50 Airplay Chart and No #1 on the Tamworth 2TM chart. The epic music video hit over 8,000 views across all platforms in just the first 48 hours.  The first single Better Make It A Double reached #13 on the Music Network Chart.