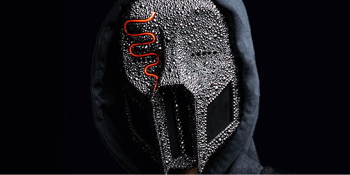 With Special Guest Bombs Away
The Back Room (Annerley, QLD)
Saturday, 15 October 2022 8:00 pm
109 days away
18 Plus
DJ
Send this event to
Sickick Music Announces Australian & New Zealand Tour!
A master of his craft, Canadian DJ/Producer Sickick announces his debut national Australian and New Zealand tour kicking off in Melbourne in October this year.
Sickick has created waves with his unique take on making music, which has led him to collaborate with noteworthy musicians such as Madonna, Michael Jackson and Phil Collins.

Paving a lane of his own the artist has over 5.6 billion online views, 3.6 million streams monthly on Spotify and has performed in the US, Canada, Germany, Russia and South Africa.

His unique take on current music blended with classic hits creates an atmospheric auditory experience like no other.
Sickick’s iconic mask represents the idea of overcoming fear and making it work for you.

He encourages his fans, known as the Sickick Army, to pursue their dreams and face their fears. His infectious energy has taken the world by storm. 2022 will be the biggest year for the artist, with Sickick set to appear at some of the biggest festivals in the world including Tomorrowland and Saga Festival including.
Whilst Sickick keeps his identity hidden, his talent is undeniable and he’s ready to bring his music to Australian and New Zealand shores.